"Taking those statues down is not erasing history. It is making history."

"Statues are being torn down all over the world, and rightfully so. The statue of Hans Egede in my hometown Nuuk, Greenland, erected in 1921, was painted red and had the word "Decolonize" written over it, on Greenland’s National Day June 21st 2020.

Hans Egede was a missionary who led the colonization of Greenland from 1721, under the Danish King, and his statue should be taken down. The reason is simple. These statues symbolize colonial violence and stand as an insult and an institutionalized daily slap-in-the face of people who have suffered and still suffer from the consequences of colonial violence and legacies.

Some people argue the statues should be left alone, since taking them down would be "erasing history". But histories of colonized peoples have been systematically erased by colonialists in order to establish the systems that served their interests – the systems of exploitative capitalism and rule of the imperialist state. Racist violence was an integral part of these erasure-processes. Hans Egede said that Inuit should be treated as slaves, only showing leniency if the Inuit converted to Christianity, and that, if they did not stop their spiritual practices, they would be killed and exterminated from the earth. Inuit breaking Christian rules would be put in a pillory and flogged (whipped) and publicly humiliated, and if unmarried women had children they would have their topknots (hair), which was a symbol of their womanhood, cut off. See the pictures I took from the Danish National Museum. Physical and psychological violence was part of Danish colonization of Greenland, though the general Danish discourse portrays Denmark as a gentle and benevolent colonial power.

These statues are not randomly built as some neutral process of "writing history" – statues are thoughtfully chosen to be erected by the colonial institutions to praise the system of colonial rule. They have been erected as tributes to people whose status and power were derived from colonial brutality. Letting them stand is wrong. A statue of Hitler would not be accepted in any public space, even if the excuse was that history shouldn’t be erased. We should not commemorate, idolize and make tributes to people who have committed atrocities and crimes against humanity by having statues of them in public spaces. Taking those statues down is not erasing history. It is making history.

JUNO BERTHELSEN is the co-founder of NALIK and a greenlandic master student of Cross-Cultural Studies at the University of Copenhagen. See the original Facebook-post here. 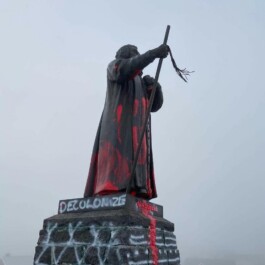 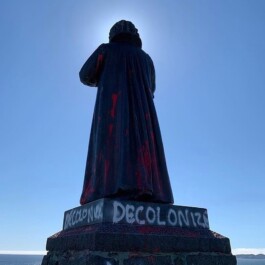 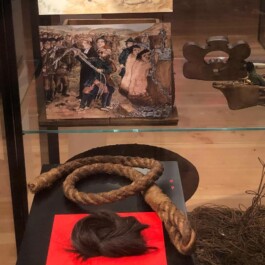 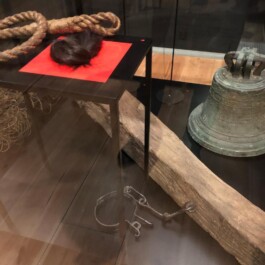