MEGHNA SINGH:
Meeting of the Dead and Living 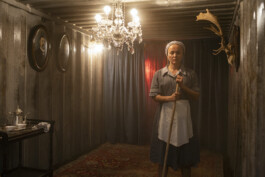 ABSTRACT: The discovery of the remains of the São José, a Portuguese slave ship that sank at Clifton beach, Cape Town, with 212 slaves on board in 1794 made headlines in 2015. As a part of the ongoing excavation, Jaco Boshoff – one of its principal archaeological investigators – is of the opinion that there is a possibility of a mass grave of the drowned slaves at the beach. What would that mean for the memory of slavery in the city that has a relationship of denial with its historic past? What if, in other words, the dead come to demand justice in a space occupied by privileged whites sunbathing and relaxing on the beach? As a part of the ECHOES project (European Colonial Heritage Modalities in Entangled Cities) and inspired by Avery Gordon’s work on hauntings (1997) together with her more recent writings in which she draws a parallel between racial slavery and modern capitalism in the United States, this chapter contributes to the space of ‘Key Interventions’ by presenting Container, an immersive multimedia installation, which comments on historical slavery by linking it to modern-day servitude.

Meghna Singhs book chapter "Enslaved bodies, entangled sites and the memory of slavery in Cape Town – The meeting of the dead and the living" was published in "Decolonizing Colonial Heritage – New Agendas, Actors and Practices in and beyond Europe"

Meghna Singh is a visual artist and a researcher with a doctoral degree in visual anthropology focusing on the theme of migration from the University of Cape Town, South Africa. Find her CV here.

This Q&A was first published in the booklet by Project ECHOES. All photos by Michael Klein / Simon Wood & Meghna Singh.

Q: Can you shortly introduce you and Simon Woods’ film Container?

"Container, a VR 3D installation art experience, makes visible the ‘invisiblized’ bodies enabling our consumer society. Confront- ing slavery through an ever-transforming shipping container, the past be- comes the present, the invisible become visible. We witness the shards of society: the ghosts of the past and living spectres of the modern world." 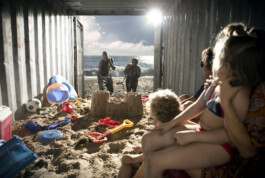 Q: Why did you and Simon Wood choose a container as the scene for your film?

"The choice of the container, physical and symbolic, showcases how people have become commodities, which is the very definition of slavery: people as products." 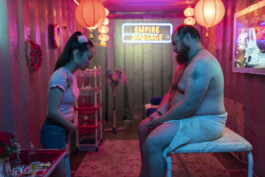 Q: How does Container engage with the colonial past in Cape Town and South Africa in particular – and colonial heritage in broader terms?

“Container is made in the memory of the 221 enslaved men, women and children who drowned in shackles onboard the Portuguese slave ship Sao Jose Paquette de Africa in 1794. Those who survived were sold into slavery in Cape Town. Their descendants continue to live amongst us today. Container makes visible the lives of those were chained, those who drowned and those who continue to be enslaved in new forms of economic servitude. Our journey begins at Clifton beach, Cape Town where lie the graves of the 221 enslaved men and women who drowned in shackles when a Portuguese slave ship sank in 1794. Following chains we dive into the depths of the ocean in search of the ancestors, the missing, that haven’t been laid to rest yet. A shipping container emerges, the doors burst open, we enter the darkness. What follows is an ever morphing transmutation of dark societal truths within the bounds of a shipping container: a non-linear world across time and space that presents different tableaus of the enslaved silently suffering. We witness a wounded man in a sugarcane plantation crawl into a colonial house where an overworked maid reveals the scene of a massage parlour. The journey culminates at a container depot where boxes are being packed and unpacked, feeding into an endless circulation of goods, in service of a consumerist society enabled by the millions who came before and are still trapped in servitude."

Q: What kind of reflections – both as a visual artist and a researcher – do you hope Container can lead to?

This Q&A was first published in the booklet by Project ECHOES. All photos by Michael Klein / Simon Wood & Meghna Singh.